One of the most significant developments in psychology in this new century is the growing interest and research from a metacognitive perspective that emphasizes on people’s memory-based attributions. Several theories have addressed this puzzle of seemingly not knowing and knowing at the same time, that is, how people are able to correctly predict what they will know in the future, when at the moment they are unable to retrieve the correct answer.

Note : Here we are giving comprehensive account of Metamemory, that is to say , it contains content that in parts go beyond UPSC, but at the same time gives aspirant a better understanding by the virtue of reading a topic in its entirety.  Its on the wisdom of the aspirant what he/she can absorb and use in the examination.

Let us try to find some insight to this puzzle through the concept of Metamemory.

Metamemory refers to the processes and structures whereby people are able to examine the content of their memories, either prospectively or retrospectively, and make judgments about them. It is thus, people’s knowledge of monitoring and control of their own learning and memory processes.

It is one of the two components of metacognition that include knowledge as well as regulation of one’s cognitions. It encompasses the introspective knowledge of one’s own memory capabilities and strategies that can aid memory, and the processes involved in memory self-monitoring.

There have been theoretical explanations in this regard, which are presented below:

The Cue familiarity hypothesis – by Reder and Ritter.

They proposed that the individuals can evaluate their ability to answer a question before trying to answer it and it is the question (cue) and not the actual memory (target) that is crucial for making metamemory judgments. It implies that judgements regarding metamemory are based on an individual’s level of familiarity with the information provided in the cue

It suggests that participants base their judgments on retrieved information rather than basing them on the sheer familiarity of the cues and that memory will be accurate when there is ease of processing i.e. accessibility.

Researchers showed that individuals in a tip-of-the-tongue (TOT) state were able to retrieve partial knowledge about the unrecalled words, providing strong evidence for the accessibility heuristic. (Vigliocco, Antonini, and Garrett,1997)

In a nutshell, some early theories suggested that the person might have direct access to subliminal traces. Whereas the modern explanation of meta memory is basically heuristic in nature i.e. they assume that people have explicit access to some information that notably may be correct or incorrect and that their feeling-of-knowing judgments are based on this information.

After briefly looking into the meaning and the theoretical aspects of Metamemory, let us try to look into its Emergence as a subfield of cognition.

META MEMORY : Exploring its IMPLICIT and EXPLICIT Identity in History.

Memory has been of interest to scholars since time immemorial. The short experimental history of metamemory research per se was evident as early as Simonides’ tale and Aristotle’s theory of memory.

We start with an anecdote not commonly heard of. Cicero narrates the story of Simonides (557–468 BC), who is credited with the discovery of method of loci, which is a powerful mental mnemonic for enhancing one’s memory. Simonides was at a banquet singing a poem. The banquet room collapsed, and all those inside were crushed. To help bereaved families identify the victims, Simonides reportedly was able to name everyone according to the place where they sat at the table, which gave him the idea that order brings strength to our memories.

for improving the functioning of memory and soon a memory theory followed. And this was the starting point which led the popular and un-popular, intelligent and not so intelligent persons to comment and theorize on the subject of memory. If we take into account all initial theorizing, perhaps we would come up with the volume of text that would be difficult to handle. So in our effort to make it short and crisp ( its an effort and here we know that it will not be so successful) we try to present only important work. Let’s start with a name who command good respect irrespective of the area of his specialization.

(1) through their relative similarity or

(3) when they co-occur together in space and time.

For Aristotle, recollection involved an investigation of the mind i.e. self-observation and reflection which relied on inferential processes.

Using a mnemonic like the method of loci itself is a metacognitive act because individuals are using the mnemonic to control , and in this case, to improve their memories. Also, Aristotle’s distinction between having passive memories for a past event, versus attempting to recollect the past, has metacognitive implications as well.

Thus, these two historical steps had metacognitive implications, only to be realized later.

Even before metamemory was considered a subfield of cognition, early and groundbreaking work in cognitive psychology during the cognitive renaissance of the late 1950s and early 1960s included processes that are quintessentially metamemorial.

Miller, Galanter, and Pribram (1960), in their classic book, Plans and the Structure of Behavior, they postulated a test-operate-test-exit (TOTE) unit.  If this test reveals a discrepancy between the current state and goal, the individual continues to operate (or work toward) achieving the sought-after goal. If no discrepancy remains, then the individual would terminate that particular goal-oriented behavior. Thus, it shows that while controlling behavior, individuals presumably develop plans to achieve a certain goal and then test their current progress against that goal.

This TOTE mechanism has been foundational to many theories and frameworks of metamemory, which assume that monitoring (analogous to “the tests”) is used to control (analogous to “operate”) memory in service of a learning goal.

It is important to emphasize, however, that metamemory processes were implicated in these and other early theories of memory and cognition but it still remained an abandoned child. Further research paved way for emergence of Metamemory in its present avatar.

Further, Atkinson and Shiffrin’s (1968) landmark work on memory proposed that external stimuli, if attended to, are transferred from a sensory store to a short-term memory. At that point, an individual could rely on a number of control processes to maintain the information in the short-term store or to transform the information.

For example, If one were trying to associate two words in a pair (Dog – spoon),  one could repeat the words over and over to oneself (a form of maintenance rehearsal) or one could develop an image of a dog swimming in a large spoon (a form of elaborative rehearsal). In either case, one is taking an active part in learning by manipulating the contents of one’s short-term store. Thus, metamemory processes take center stage even in one of the first modern and computational theories of memory.

Most research on memory in the late 1960s focused almost exclusively on exploring the structure of the short-term store or the longevity of long-term memories. It over-emphasized the human organism as non reflective and, accordingly, used methods to describe human memory that would short-circuit reflective control of learning and memory.

It led Tulving and Madigan (1970) to make this call for metamemory research, especially given the presence of metacognitive processes in early theories of memory.

Other scientists, such as Ann Brown, Joseph Hart and others joined Tulving and Madigan in recognizing the importance of understanding the nature and influence of self-reflective processes and people’s knowledge about their memory and cognitive processes.

John Flavell (1970) coined the term “metamemory” while highlighting the importance of understanding the role of metacognition in development, in his discussion paper,  “Metacognition and Cognitive Monitoring: A New Area of Cognitive-Developmental Inquiry” . He viewed metamemory as learner’s knowledge of their own cognition, defining it as ‘knowledge and cognition about cognitive phenomena’.

He defined basic concepts and posed questions that ultimately helped define and promote the field.

Thus, metamemory was developing as a discipline in its own right with research work focusing on the integrated nature of Metamemory and Memory.

Flavell , further extended his work and suggested that although metacognition is usually defined as knowledge and cognition about anything cognitive, the concept could reasonably be broadened to include anything psychological, rather than just anything cognitive.

In his attempt to identify where metacognition fits in ‘psychological space’ , Flavell suggested that concepts that may be related to metamemory include:

Nelson and Narens (1990) offered first framework for metamemory that unified the field by illustrating how various metamemory judgments and control processes were interrelated.

In the framework there were two levels:

Information flow from the meta level to the object level is called Control like allocating study time and selecting search strategies.

Information flow from the object level to the metalevel is called Monitoring like Judgments of how easy to-be-studied items will be to learn.

Diagrammatic presentation can be shown as (Figure 1):

According to them, both monitoring and control processes occur in acquisition, retention, and retrieval. It implied that metamemory and memory were by their very nature integrated.

To Be Continued… with components and application part. 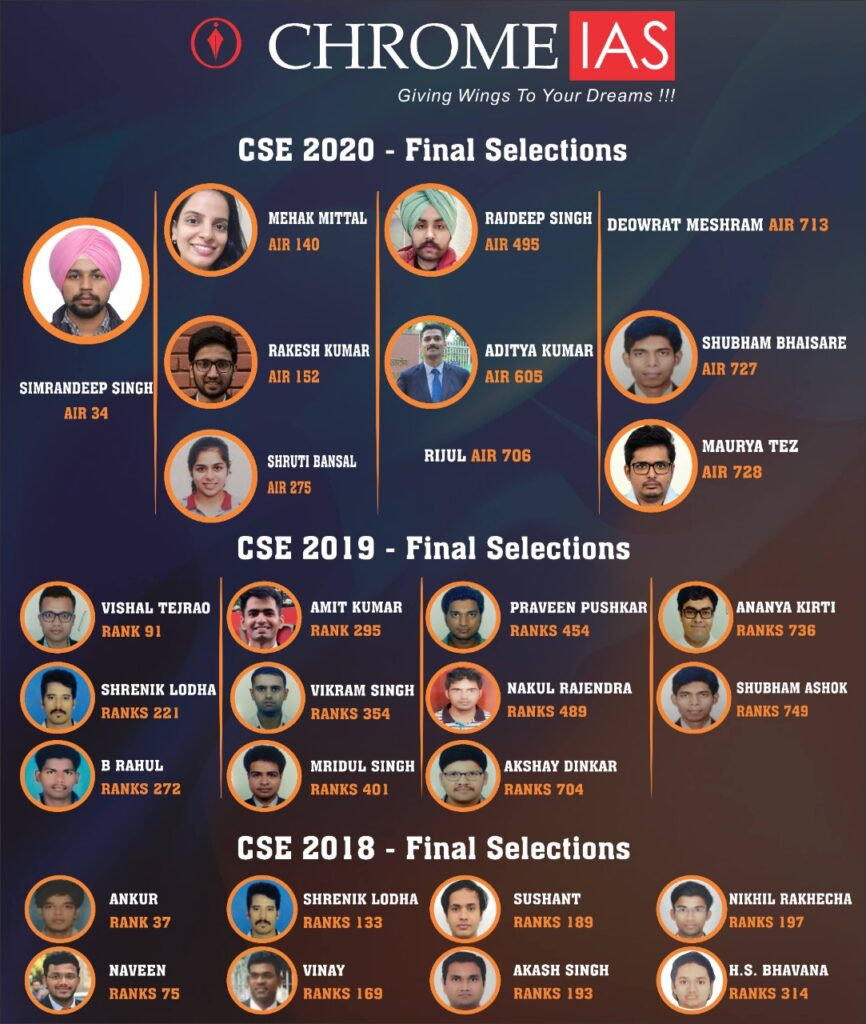